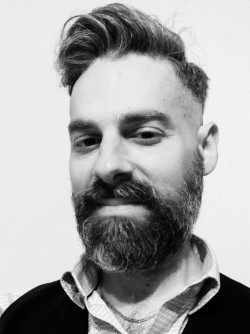 Derek Mancini-Lander is a visiting adjunct at Columbia University from SOAS, University of London, where he lectures (Assistant Professor) in the history of Iran.  His research and teaching revolve around the cultural and social history of the late medieval and early modern Persianate world. He is especially interested in urban and local history, and in particular, the intersection between space, objects, memory, and narrative in Persian historiography.  This work often centers on shrine-centered religiosity, and he is currently writing a cultural history of water and hydro-technologies in Persianate sacred cities.

Mancini-Lander received his Ph.D. in the history of the Islamicate world from the Department Near Eastern Studies at the University of Michigan in August 2012. His doctoral dissertation, “Memory on the Boundaries of Empire: Narrating Place in the Early Modern Local Historiography of Yazd” was awarded the Malcolm H. Kerr Prize in the Humanities by the Middle East Studies Association in 2013. Dr. Mancini-Lander also holds an M.A. in Medieval Studies from the University of Toronto (1997) and a B.A. in English from Kenyon College, in Ohio (1994). Before joining the faculty at SOAS, he served as Visiting Assistant Professor of Middle East History at Dickinson College.