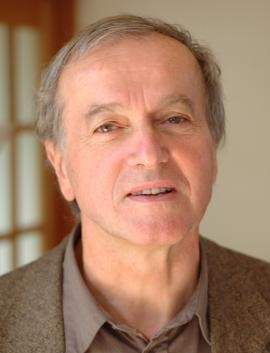 Bernard Faure, Kao Professor in Japanese Religion, received his Ph.D. (Doctorat d’Etat) from Paris University (1984). He is interested in various aspects of East Asian Buddhism, with an emphasis on Chan/Zen and Tantric or esoteric Buddhism. His work, influenced by anthropological history and cultural theory, has focused on topics such as the construction of orthodoxy and heterodoxy, the Buddhist cult of relics, iconography, sexuality and gender. His current research deals with the mythico-ritual system of esoteric Buddhism and its relationships with medieval Japanese religion. He has published a number of books in French and English. His English publications include: "The Rhetoric of Immediacy: A Cultural Critique of Chan/Zen Buddhism" (Princeton 1991), "Chan Insights and Oversights: An Epistemological Critique of the Chan Tradition" (Princeton 1993), "Visions of Power: Imagining Medieval Japanese Buddhism" (Princeton 1996), "The Red Thread: Buddhist Approaches to Sexuality" (Princeton 1998), "The Power of Denial: Buddhism, Purity, and Gender" (Princeton 2003), and "Double Exposure" (Stanford 2004). He is presently working on a book on Japanese Gods and Demons.The Fluid Pantheon: Medieval Japanese Gods I (University of Hawai'i Press, 2016) and Protectors and Predators: Medieval Japanese Gods II (University of Hawai'i Press, 2016).

The Power of Denial: Buddhism, Purity, and Gender (Princeton, 2003)

The Rhetoric of Immediacy: A Cultural Critique of Chan/Zen Buddhism (Princeton, 1991)