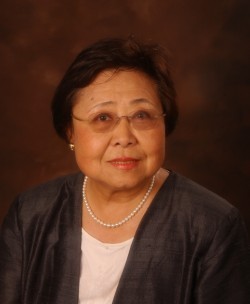 Chün-fang Yü has long been interested in how Buddhism developed in China, and how conditions in China shaped various changes in Buddhism. She has explored these questions in works that range from the historical transformation of Guanyin (Kuan-yin) from male to female, to the work of women in Buddhism today. She was born in China and educated in Taiwan, graduating from Tunghai University with a major in English Literature and minor in Chinese philosophy. She received a MA degree from Smith College in English Literature and a Ph.D. in Religion from Columbia University, specializing in Chinese Buddhism. She taught at Rutgers, the State University of New Jersey from 1972 to 2004 when she returned to Columbia. She is the Sheng Yen Professor Emerita in Chinese Buddhist Studies, and a faculty member in both Religion and EALAC.

Her research interests are quite broad. Her early works deal with the history of Chinese Buddhist thought and institutions.Later she focused on Buddhist rituals and practices. Her first book, "The Renewal of Buddhism in China: Chu-hung and the Late Ming Synthesis (1981), is one of the earliest studies in English on post-Tang Buddhism. Other articles dealing with Chinese Buddhism in the late imperial period include: “Chung-feng Ming-pen and Ch’an Buddhism in the Yuan” (1982), “Ch’an Education in the Sung: Ideals and Procedures” (1989), and the Cambridge History of China’s “Buddhism in the Ming Dynasty” (1998). She is also interested in the interaction between religion, including Buddhism, and Chinese society. With Susan Naquin, she co-edited "Pilgrims and Sacred Sites in China" (1992). She is the editor of “In Search of the Dharma: Memoirs of a Modern Chinese Buddhist Pilgrim” ( 1992) and "The Ultimate Realm: Doctrines of Tienti Teachings, A New Religion" (1994) Her book "Kuan-yin: The Chinese Transformation of Avalokiteśvara" (2001) traces the patterns of the evolution of the cult of Guanyin through the various medias of transmission and promotion of the cult. More recently she studied the prominent roles of Buddhist nuns in Taiwan which resulted in the publication of “Passing of the Light: The Incense Light Community and Buddhist Nuns in Contemporary Taiwan” (2013).

Her current research interests reflect her continuing fascination with the transformation of Buddhism in China. She has begun a new project which is tentatively entitled “The Creation of a Buddhist Pantheon”; it studies the pairing of two bodhisattvas: Guanyin and Dizang, in iconography and temple architecture from the tenth century on.