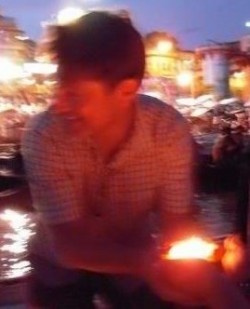 Adjunct Assistant Professor. (BU JD, CU PhD). Dr. Kittay specializes in teaching courses on Buddhism and on Eastern and Western philosophy, most recently, “Technology, Religion, Future,” “Interpreting Buddhist Yoga,” "Law and Religion," and "Reincarnation, Simulation, Resurrection." He is the translator of The Vajra Rosary Tantra (Wisdom Publications, forthcoming 2019), Alaṃkakalaśa’s word commentary on the Vajra Rosary Tantra, and, with Professor Lozang Jamspal, Pha Dampa Sangs rgyas's One Hundred Spiritual Instructions to the Dingri People (Ladakh Ratnashridipika Press, 2011), the Elucidation of the Intention Tantra, The Questions of the Four Goddesses Tantra and Tsong Khapa's commentary on it, The Vajra Intuition Compendium Tantra, with Tsong Khapa's commentary, and the Later Tantra (these being the first complete English translations of the Explanatory Tantras of the Guhyasamāja under the Noble Tradition, and (under a grant from 84000,Translating the Words of the Buddha) The Symphony of Dharma Sūtra, along with other publications about Buddhism, religion, and law. He regularly lectures at Tibet House US, where he serves on the Board, and at Do Ngak Kunphen Ling Tibetan Buddhist Center, at Columbia, and worldwide, and is the President of the Tibetan Classics Translators Guild of New York. He also writes and lectures on the subject of compassionate lawyering, and has served as a trial and civil rights lawyer, federal bankruptcy trustee and a receiver for the Securities Exchange Commission. He is currently Director and Professor of Philosophy at the Harlem Clemente Course for the Humanities, teaching humanities to economically disadvantaged people in Harlem.