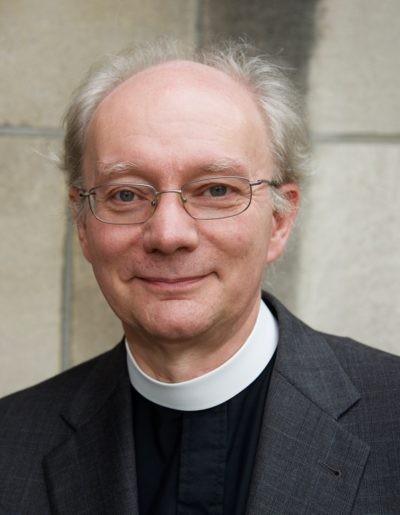 Euan Cameron was educated at Eton and Oxford, where he graduated BA in History in the First Class in 1979 and received the D.Phil. in 1982.

From 1979 to 1985 he was a junior research fellow at All Souls College, Oxford. In 1985 he moved to the University of Newcastle upon Tyne, where he worked in the Department of History for 17 years, receiving promotions to Reader (1992) and full Professor (1997) and serving as Head of Department. He was awarded a Leverhulme Research Fellowship in 1996/7. In 2002 he was appointed as the first Henry Luce III Professor of Reformation Church History at Union Theological Seminary in New York, with a concurrent appointment in the Department of Religion in Columbia University. From 2004 to 2010 he also served as Academic Vice-President in the seminary. During 2010/11, while on sabbatical leave, he held a fellowship at All Souls College, Oxford.

Prof. Cameron's scholarly work analyses the role and transformations of religion in European society in the later Middle Ages and Reformation periods. His academic research first began in the area of religious dissent, especially the Waldensian heresy: he has published two books on that subject, The Reformation of the Heretics (1984) and Waldenses: Rejections of Holy Church in Medieval Europe (2000) and is planning a collaborative volume on this subject to be co-edited with Professor Marina Benedetti of the University of Milan. In 1991 he published his analytical history of the Protestant Reformation movements in Europe, The European Reformation, which remains in print and widely used. A fully revised and updated second edition of this book appeared in 2012.

He also investigates the relationship between theology and popular belief through the debates over "superstition" from the Middle Ages to the Enlightenment: in this area he has published Enchanted Europe: Superstition, Reason and Religion 1250-1750 (hardback 2010; paperback 2011). This work reviews how the debates over "superstition" helped to define the nature and boundaries of religious belief through several centuries of dramatic change.

In addition, he has edited two survey volumes on European History in the early modern period (c. 1500-c. 1800), the widely adopted college text Early Modern Europe: An Oxford History (1999) and The Sixteenth Century, in the series Short Oxford History of Europe (2006) which has been translated into Spanish, Portuguese and Polish.

He has edited the third volume in the four-volume New Cambridge History of the Bible, covering 1450-1750, (Cambridge: Cambridge UP, 2016); also the sixth volume of The Annotated Luther, on the Interpretation of Scripture, (Minneapolis: Fortress Press, 2017).

He is developing a book project for Oxford University Press on changing beliefs about historical time, and its relation to religious beliefs and scriptural interpretation, in the early modern period. He has also published over 60 articles and chapters, and regularly contributes to the standard works of reference in Church History.

He regularly lectures around the US as well as in Britain and Europe. He has appeared on television and radio in the UK and US, including appearances on the series Millennium Minds, for Channel 4 Television (1999), the frequently re-broadcast Lion Television / PBS mini-series Martin Luther (2002) and Lord Bragg's series on the history of ideas, In Our Time, BBC Radio 4 (2002). More recently he has been interviewed for CBS, OWN and Showtime as well as numerous production companies. He appeared on BBC World on 31 October 1517, the 500th anniversary of Luther’s 95 theses against indulgences.

Euan Cameron serves as an editor of Church History, and as a member of the editorial board of the Journal of Ecclesiastical History, the two principal journals in his field.

An active member of the Episcopal Church of the USA, Prof. Cameron takes very seriously the relationship between faith commitments and historical insights. In 2005 he published his personal account of the relationship between history and faith, Interpreting Christian History: The Challenge of the Churches' Past. He was ordained a transitional deacon in the Episcopal Church in March 2014 and ordained priest in September 2014. He serves part-time in several parishes in Manhattan and also in Connecticut.