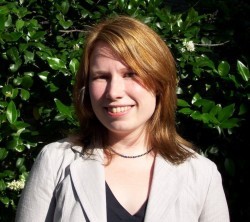 Professor Kenny's research focuses on religion, race, and gender in the United States and Atlantic World. She is working on a book about the afterlives of Protestant women missionaries that focuses on the practices of Christian cosmopolitanism among ecumenical organized churchwomen between 1900-1960. From performing pageants to engaging in humanitarianism and refugee relief to advocating for the United Nations, churchwomen promoted an understanding of world Christianty and Christian citizenship among ordinary American Protestants. Her book-in-progress - tentatively titled Christian Cosmopolitanism - offers a gendered history of early twentieth-century ecumenical Protestantism focused on the way practices of "cooperation," prayer, pageantry, and humanitarianism mediated tensions as a diverse collective of churchwomen confronted questions of racial and religious difference in the United States and internationally amid anti-imperialism and new post-WWII visions of a new world order. Her article, "The World Day of Prayer: Ecumenical Churchwomen and Christian Cosmopolitanism," will appear in the Journal of Religion and American Culture in Summer 2017.

At Barnard, Professor Kenny teaches courses in American religious history, including Religion in America I and II, Defining Marriage, and a First-Year Seminar on Utopias. She has also taught the department's methodology course, Religion Lab, and Senior Seminar.