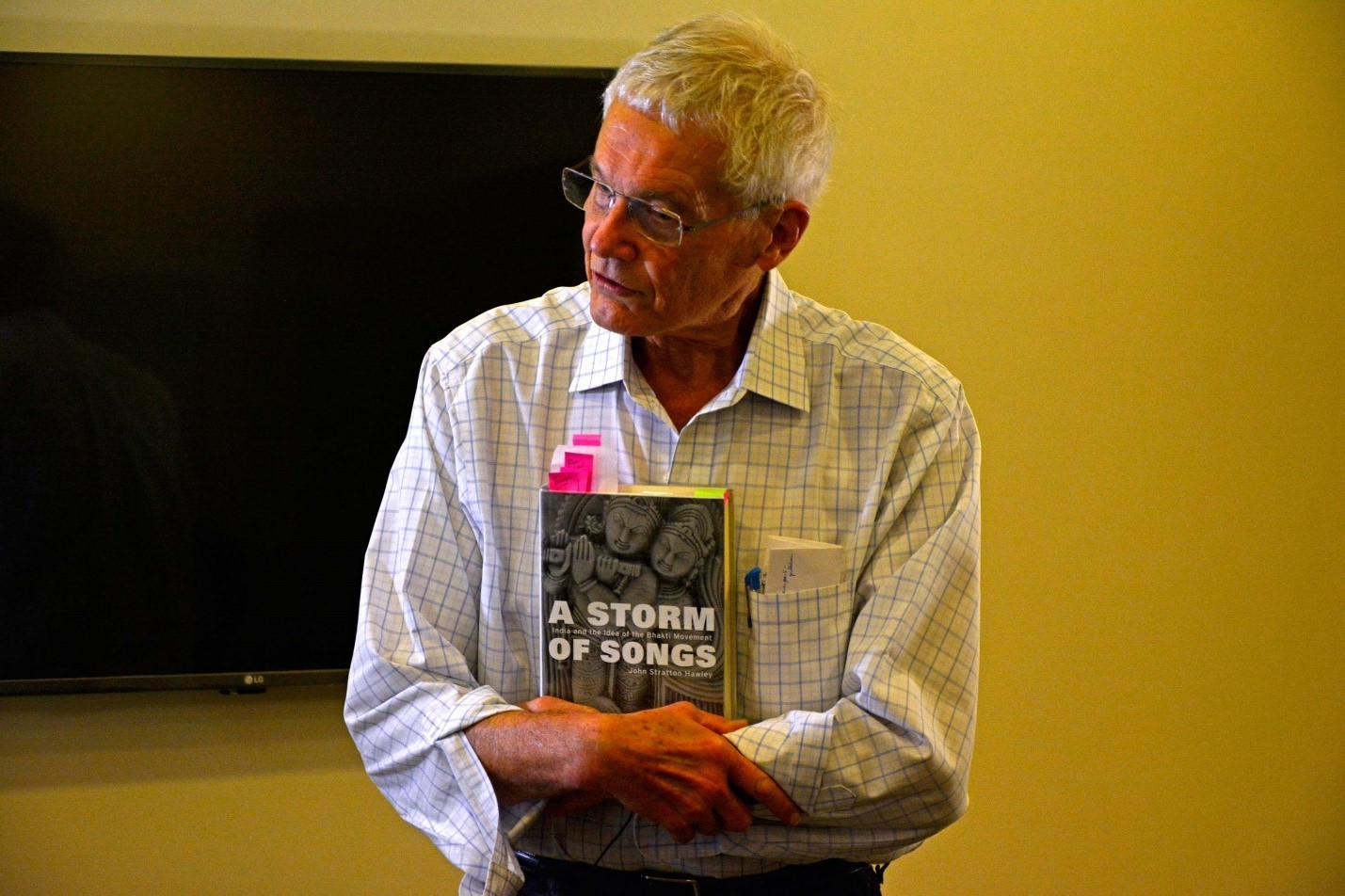 Hawley’s recent books on India’s bhakti traditions include A Storm of Songs: India and the Idea of the Bhakti Movement (Harvard, 2015), Sur’s Ocean (with Kenneth Bryant, Harvard, 2015), and a newly expanded edition of Surdas: Poet, Singer, Saint (Primus, 2018). There he explores the earliest visual representations of the famed blind poet and his oeuvre. A volume called Bhakti and Power: Social Location and Public Affect in India’s Religion of the Heart, co-edited with Christian Lee Novetzke and Swapna Sharma, is forthcoming in 2019 from the University of Washington Press.

Jack Hawley has directed Columbia University’s South Asia Institute and has received multiple awards from NEH, the Smithsonian, and the American Institute of Indian Studies. He has been a Guggenheim Fellow and a Fulbright-Nehru Fellow, and has been elected to the American Academy of Arts and Sciences.

A Storm of Songs received the Ananda Kentish Coomaraswamy Book Prize of the Association for Asian Studies in 2017. Sur’s Ocean received the AAS’s A. K. Ramanujan prize for translation in the following year.  Other recent honors include the James Tod Award conferred by the Maharana of Mewar (2018) and the distinguished scholar award of the South Asian Literary Association (2019).