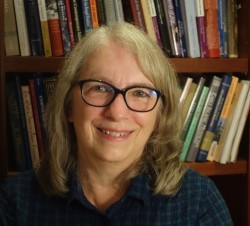 Katherine Pratt Ewing, Professor of Religion, is also Director of the South Asia Institute. Until 2010, she was Professor of Cultural Anthropology and Religion at Duke University, where she served as the Executive Director of the North Carolina Consortium for South Asian Studies. In 2010-2011 she was Professor of Anthropology at the University of Wisconsin – Madison before moving to Columbia’s Religion Department in 2011. Her research ranges from debates among Muslims about the proper practice of Islam in the modern world to sexualities, gender, and the body in South Asia. She has done ethnographic fieldwork in Pakistan, Turkey and India, and among Muslims in Germany, The Netherlands, and the United States.

Professor Ewing received her PhD in Anthropology from the University of Chicago in 1980 and took postdoctoral training at the Chicago Institute for Psychoanalysis. She has received numerous awards and honors, including the L. Bryce Boyer Prize of the Society for Psychological Anthropology (1990), a Berlin Prize Fellowship at the American Academy in Berlin (1999), a Mellon-Sawyer Seminar grant (2000-2002), and a Residential Fellowship as Visiting Scholar at the Russell Sage Foundation (2006-7). Her books include Arguing Sainthood: Modernity, Psychoanalysis and Islam (1997), Stolen Honor: Stigmatizing Muslim Men in Berlin (2008), and the edited volumes Shariat and Ambiguity in South Asian Islam (1988) and Being and Belonging: Muslim Communities in the US since 9/11 (2008).

Modern Sufis and the State: The Politics of Islam in South Asia and Beyond. Columbia University Press, 2020, co-edited with Rosemary C. Corbett