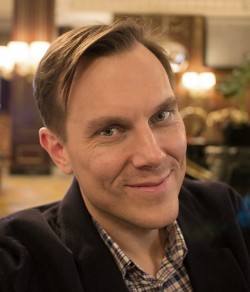 Trained as an anthropologist, Professor Engelke’s main research interests are on Christianity, secular humanism, media theory, materiality, and semiotics. He has conducted fieldwork in Zimbabwe and in Britain. He is currently working on a book about secularity and death, based on research among humanist funeral celebrants in London.

Professor Engelke is the editor of Prickly Paradigm Press, a section editor at Public Books, former editor of the Journal of the Royal Anthropological Institute, and former deputy editor of the Journal of Religion in Africa. He has served on the board of trustees of both the Royal Anthropological Institute and the London School of Economics, as well as vice-chair of the LSE’s Ethics Policy Committee.

The author or editor of several books, Professor Engelke has also published articles in many journals, including American Ethnologist, Comparative Studies in Society and History, South Atlantic Quarterly, Current Anthropology, and Annual Review of Anthropology. Beyond his ethnographic interests, these have covered a range of topics and authors, from Saint Augustine’s approach to reading and time to Alain Badiou’s work on number. In addition to his scholarly writing, Professor Engelke has written for Public Books, the Immanent Frame, the Guardian and Tate Modern.

2007. A Problem of Presence: Beyond Scripture in an African Church. Berkeley: University of California Press. (Winner of the 2008 Clifford Geertz Prize for the Anthropology of Religion and 2009 Victor Turner Prize for Ethnographic Writing.)